Psychology of Survival and Security: A Behavioral Analysis (part 3 of 5) 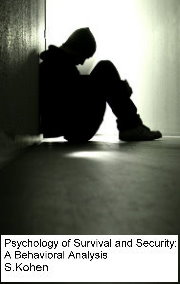 The crisis
After the surviving group members found themselves in a crisis having to fend for themselves, they realized that there is no way of getting assistance nor getting into a shelter. Some members tried to seek a shelter of some form by sleeping under temporary shelters such as self-made wind protection such as tarps or woods, or even an old car if possible. Shelter became the primary goal in the minds of those affected by the wind and cold, or in some cases heat. The panic and distress of feeling exposed affected group members to various degrees. Everyone felt the effects of the crisis, but not everyone felt it to the same degree.